The ultimate internet setup guide for full-time RVers and travelers

One question we get asked frequently is how do we connect to the internet in our RV. The simple answer is that we are on Verizon’s Unlimited Data plan. The long answer is that we had to make several adjustments to our setup in order to keep all devices connected and operating, no matter where we are camped. After a great deal of trial and error, we’re finally happy with our setup and we’re ready to share it with the four people who read the blog. This setup could be used by anyone living in an RV, or who is forced to rely on Verizon (or another cell company) as their only source of internet.

The best internet experience is with devices that connect directly to Verizon’s network: our iPhones and iPads. The iOS devices each have unlimited LTE data (with some important caveats which I’ll explain later). This means they have the fastest, most reliable connections. As a result, my wife and I both use our iPads a lot, and our laptops very little. I’ve been using my iPad as my primary work device for a couple years now, and working from the cellular iPad is, for me, a dream. We recently got another iPad so my wife could enjoy the benefits of a cellular iPad. The iPad isn’t as ideal for her real estate work. For instance, many bank systems are antiquated and don’t support touch devices well. She’s adjusted and found a good setup for her tasks. 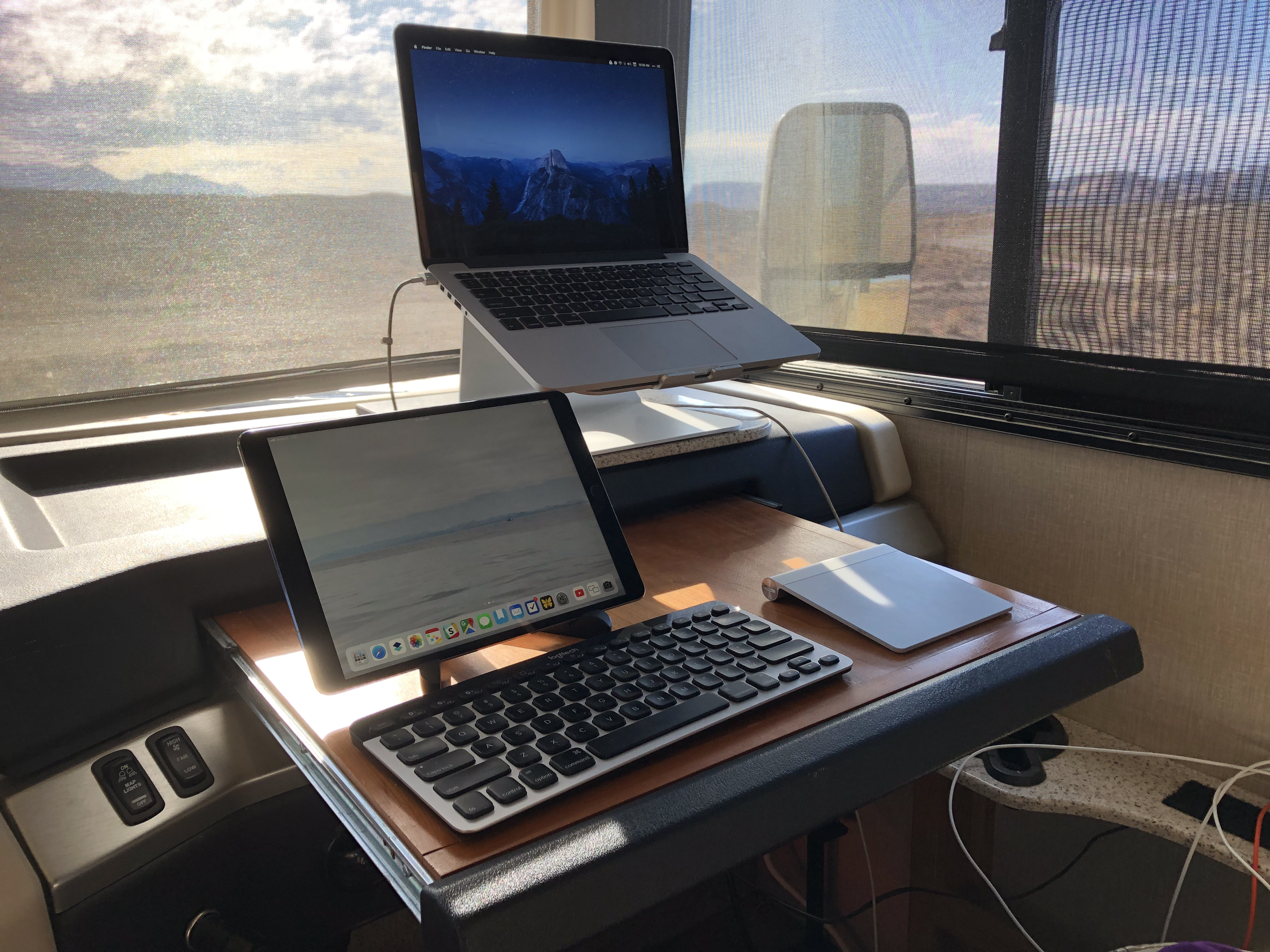 Initially, we thought we’d simply tether other devices to our iOS devices, but this proved to not work. At. All. Not only was it inconvenient (imagine re-tethering 5 devices every time you return home), some devices never operated properly when using a tethered connection.

Occasionally, for work, I’ll tether my laptop to my iPad or iPhone. Fortunately I don’t need to do this very often. I also have to be careful because I’m limited to 15gigs of LTE tethering per device per month.

Our love/hate relationship with the Jetpack

The rest of our devices get internet from a Verizon Jetpack device. A Jetpack is a small device, about the size of a deck of cards, that gets internet from Verizon and shares it with up to 15 devices via WiFi. 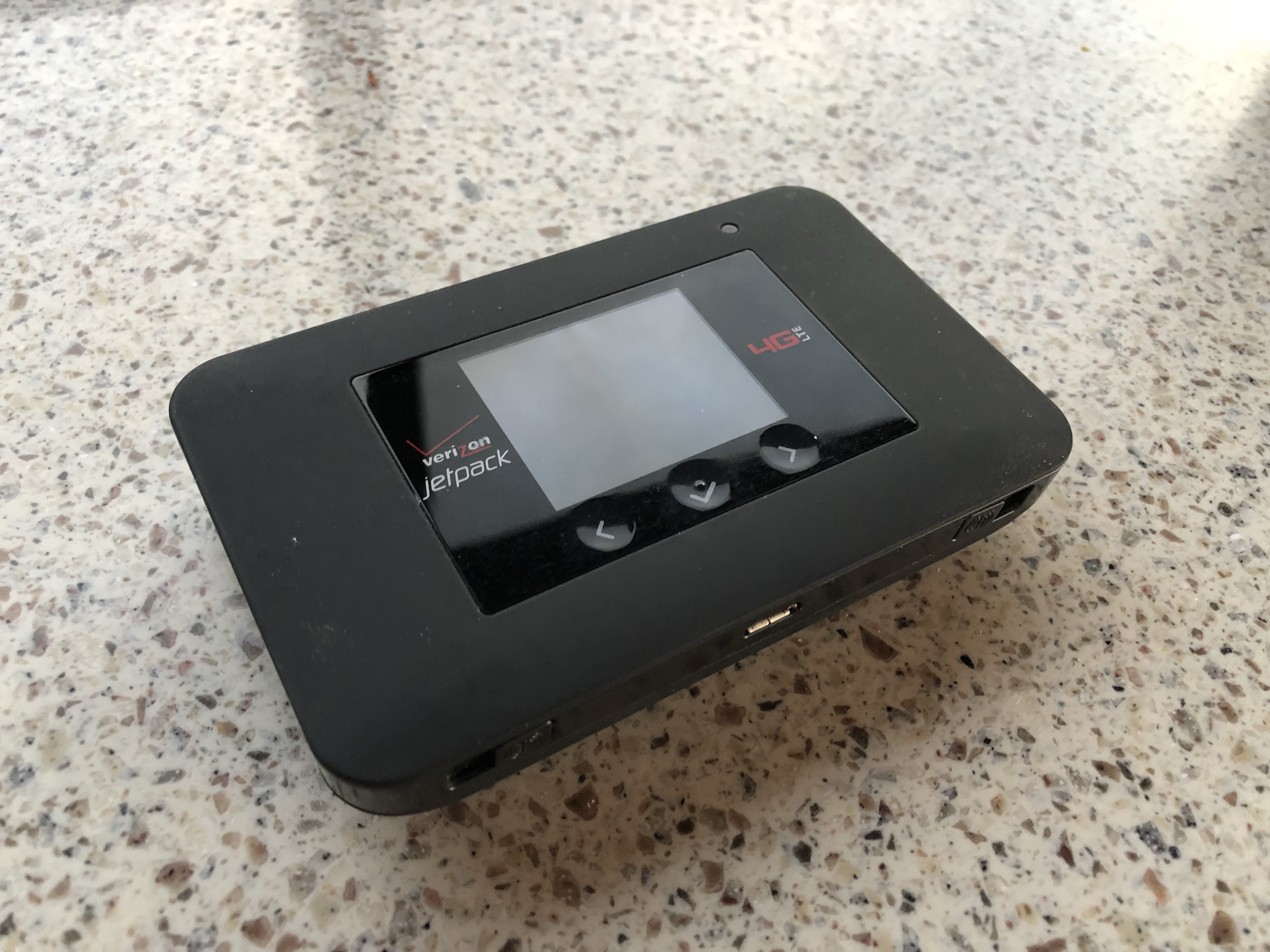 The Jetpack doubles as a wireless router. In the name of minimizing, we left our high quality Netgear router in storage and used the Jetpack for our wireless network. This proved to be a mistake—the Jetpack is a terrible router. While it allowed each device to connect to the internet, the signal strength wasn’t great and didn’t reliably broadcast its signal throughout our RV. It also didn’t handle local network connections very well. This meant playing movies on our Apple TV via Airplay or over Plex was out of the question, as was doing file transfers between devices.

So, we pulled our Netgear router out of storage, only to discover you can’t connect the Jetpack to a router. It seems they designed it this way as the Jetpack has no Ethernet output, only USB output. The USB connection is meant for giving internet to a computer, so hypothetically it could connect to a router with a USB input. But, apparently they’ve locked down the USB connection on Jetpacks to only work with Windows computers.

So, as a temporary fix, I did something clever with my wife’s laptop. Macs allow you to share internet connections from any source to any other source. So, I connected the laptop to the Jetpack via WiFi which gave me an internet connection, and I shared that connection out using the Ethernet port on the Mac, and plugged it into our router. Boom.

However, having an expensive laptop basically only functioning as an internet forwarding device seemed silly and wasteful, so I started looking for other options. I found this IOGear Ethernet to WiFi Adapter on Amazon. It’s designed to connect older devices, like TV’s that have Ethernet connections only, to a WiFi network. 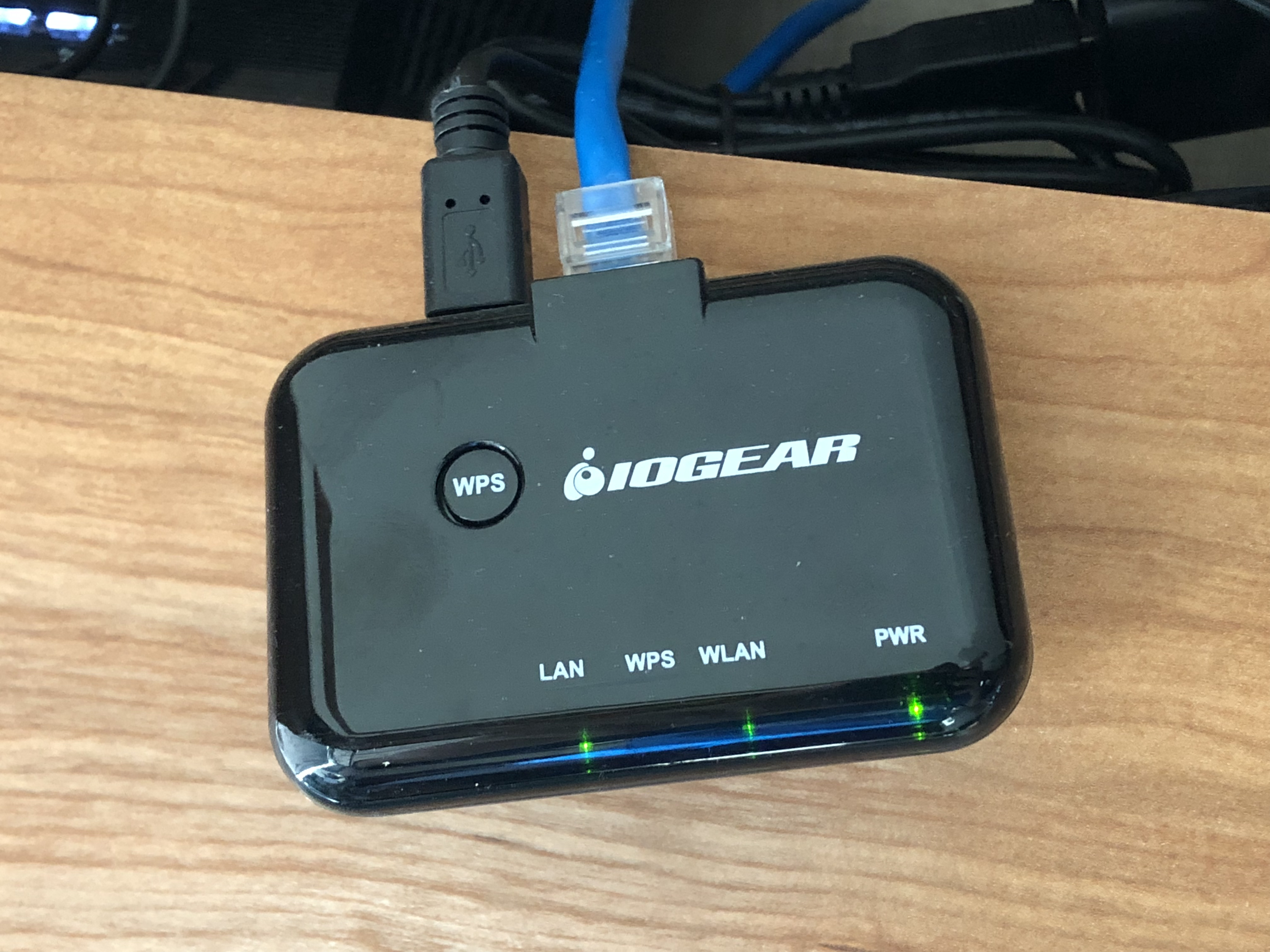 This seemed like a promising option, but my limited networking knowledge made me concerned. I’ve learned that more links (or devices) there are in a network chain, the more likely I am to encounter problems that I can’t resolve. Thankfully, I was able to get all the pieces working. The Jetpack connects to Verizon, the IOGear connects to the Jetpack and shares the connection via Ethernet to my router, and all our wireless devices connect to the router. The router basically functions in bridge mode and it all seems to work fine. 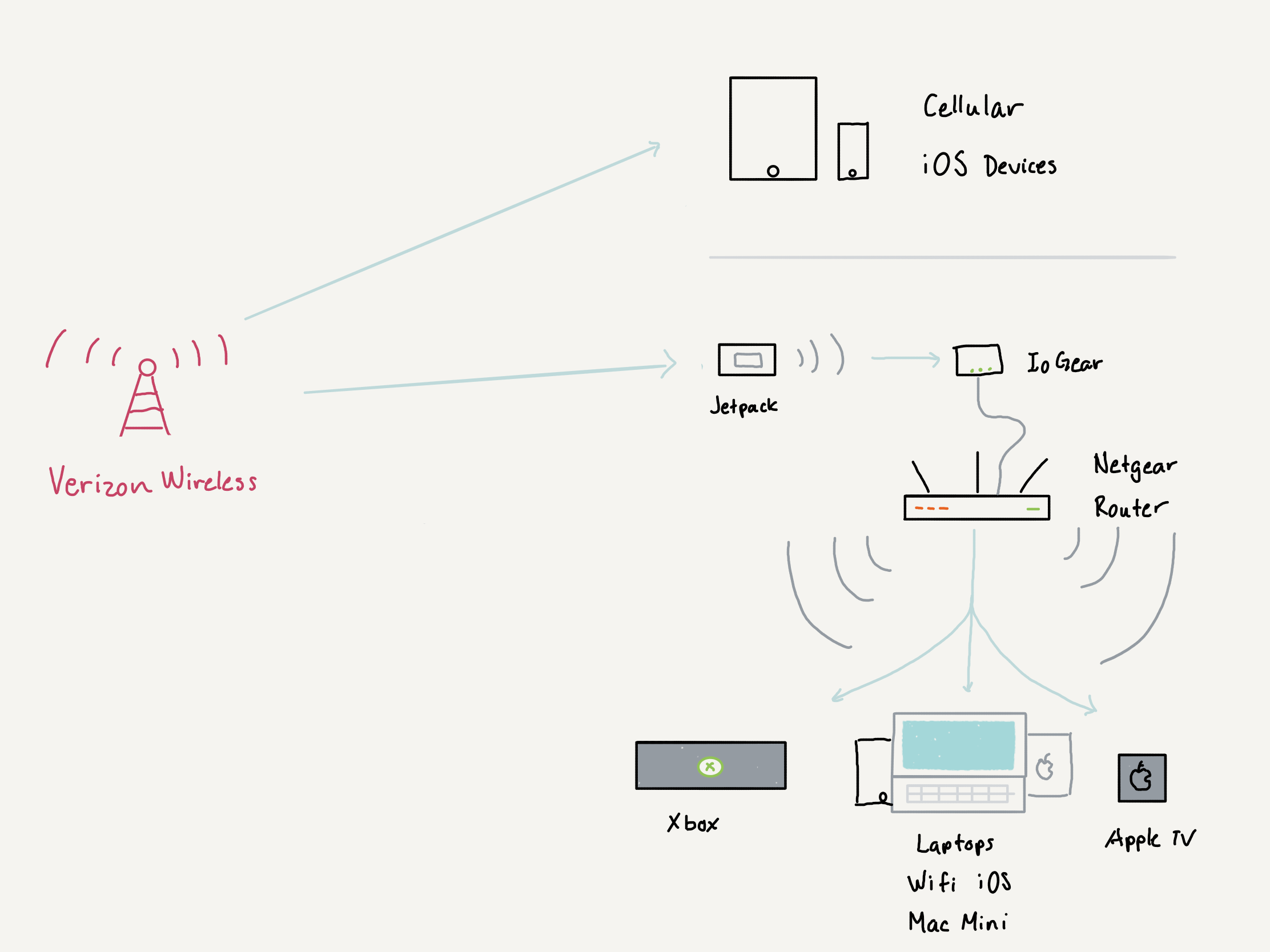 We finally have a good internet and WiFi solution. We have a high quality WiFi router for allowing our devices to talk to each other on the local network, and each of these devices has access to the internet (albeit slow internet) because the Jetpack is connected to the router.

One of the reasons we’ve been Verizon customers is their outstanding network coverage. RV living means we’re always pushing the boundaries of where we can connect like never before, especially since we are always looking for remote (and free) camping options.

When planning our travel route, and especially when trying to select a location to camp, we always check a coverage map to make sure we’re going to have service. Two apps in particular have been helpful.

These two apps help us predict what kind of coverage we can expect in a new area. They aren’t 100% accurate, but for the most part they’ve been dependable.

Generally, we’ve been able to find good camping areas that also have Verizon coverage. There’s only been one or two occasions we’ve had to scramble to find different camping options because we couldn’t find coverage in areas we thought we’d be able to connect. It would be nice, on occasion, if we could park in areas with no signal (such as inside of National Parks) but we still have bills to pay so we stay where we have service.

To help us stay connected in rural areas, and to increase the number of amazing places we can camp, we use a WeBoost Drive 4G-X system. Basically, this system can take you from 1 bar to full bars. If you are constantly on the edge of connectivity, like we are, this system is your best friend.

We’ve camped in several areas where the signal strength was essentially fluctuating between one bar and No Service. We flip on the booster and we have almost full signal strength. I’m able to do my video conferencing for work, stream videos, and more. This thing works. 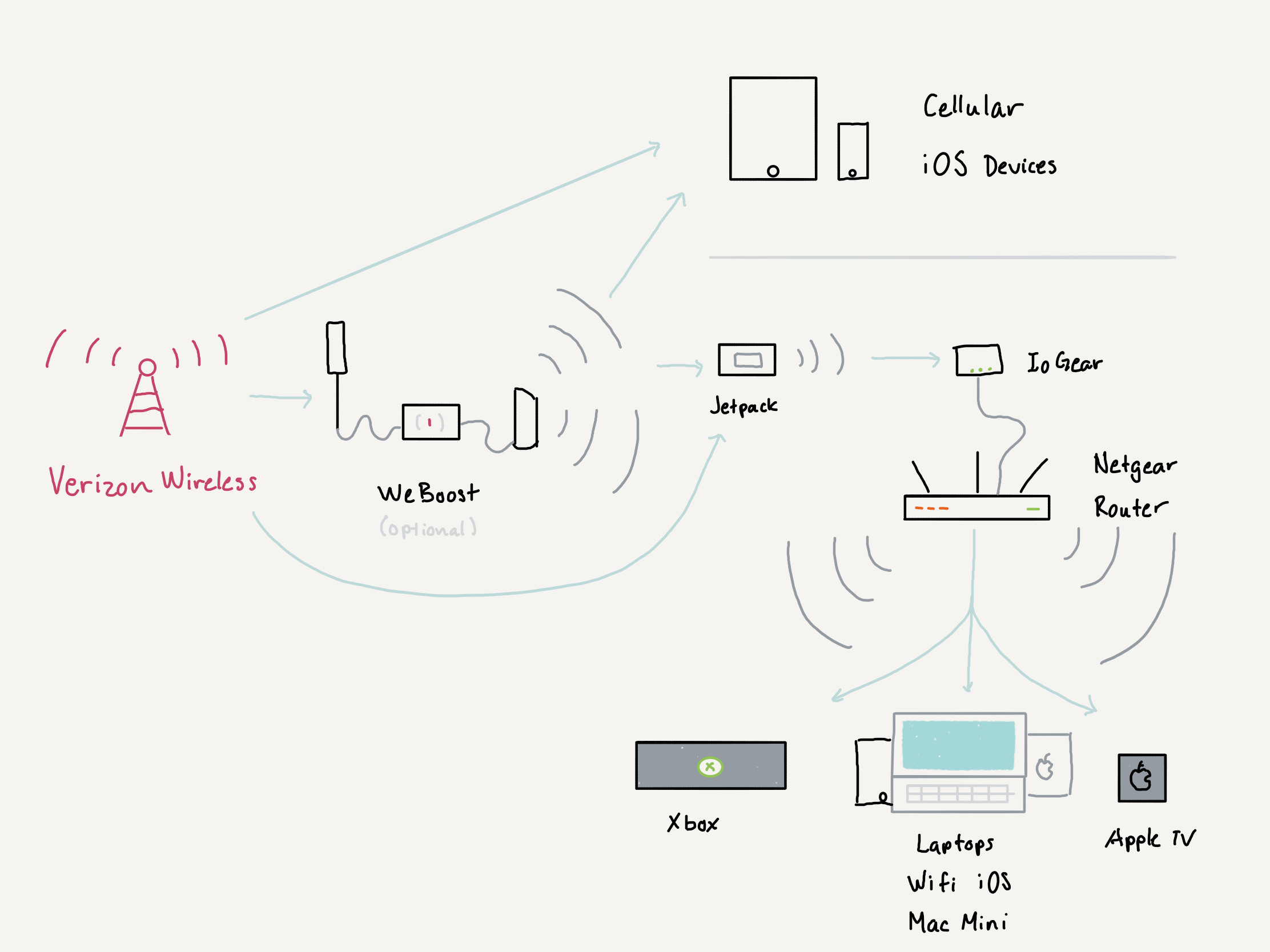 The system we purchased is the trucker version with a heavy duty outdoor antenna. We mounted it to the rear of the RV. To avoid feedback, your outdoor antenna is supposed to be far away from the indoor unit, and ours certainly is. 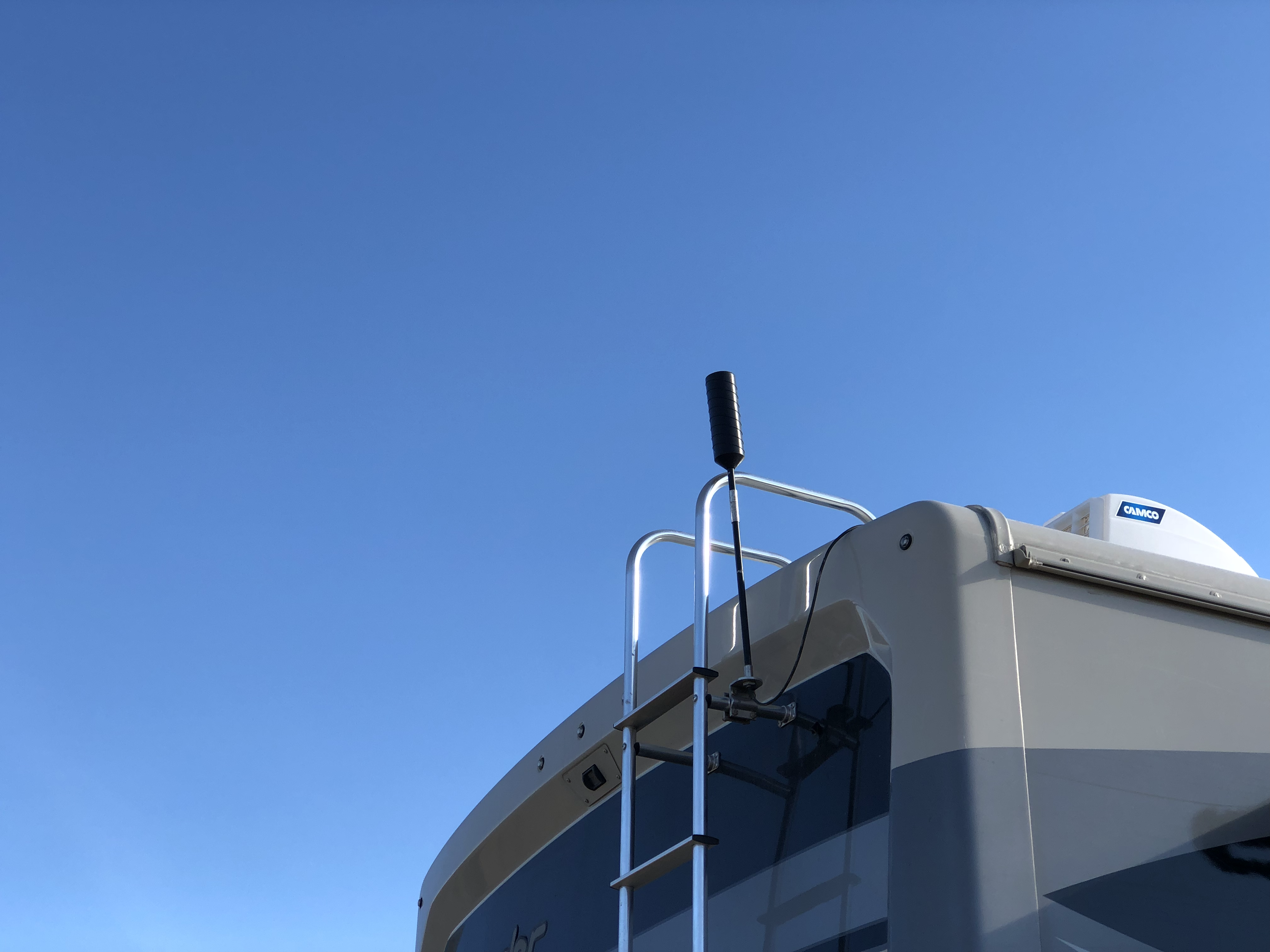 The indoor antenna that came with our bundle works well, but only if you’re sitting right next to it. In fact, I often have to set my phone or iPad right on the antenna to get the boosting effect. It works, unquestionably, but the range is terrible. 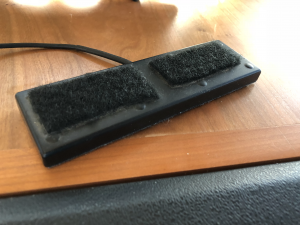 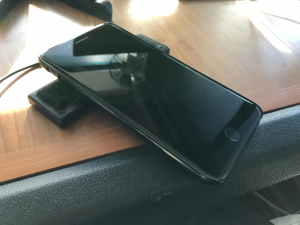 We recently bought a new indoor antenna, but haven’t had the chance to test its efficacy yet. Our recent camping spots have had very strong signal strength, so we haven’t been able to test. We hope it allows all devices in the RV to get the boosting effect. 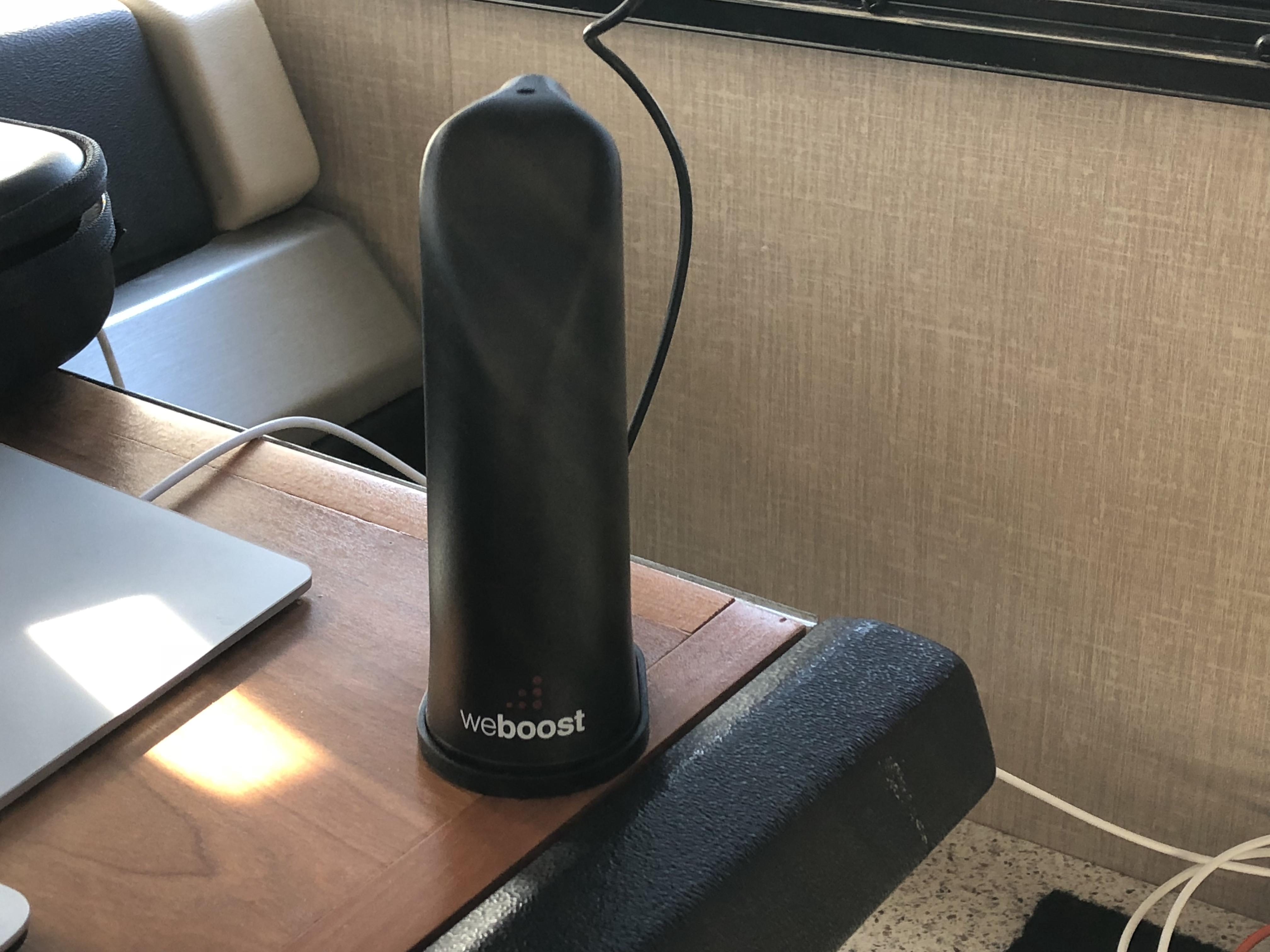 Verizon’s unlimited plan has some important restrictions that we always bump up against.

Once each device uses 22gb of data, that device is still allowed to connect at speeds “up to” LTE speed, but your data is prioritized behind other customers. I’ve spoken to Verizon to better understand this limitation, and I was told the prioritization happens at a specific cell tower, not the entire Verizon network. So, in some areas you won’t notice any slowdown! In others, you can barely load your email.

We’ve observed that the closer we are to cities, the slower our internet is. We suspect the cell towers in cities are far more overloaded than rural ones. However, crowds in rural areas can overload a tower, and when that happens the internet feels broken since there are fewer cell towers supporting the crowds.

Perhaps the most interesting case was in Moab, Utah a few weeks ago. We happened to be here during Fall Break, when all the Utah schools had a long weekend. Moab was extremely crowded, and our internet barely functioned. However, as the weekend came to a close and people started leaving, we watched our speeds slowly return until we were finally enjoying decent internet again.

The second important limitation is our Jetpack. It only gives you LTE speeds for the first 15gigs of data. After that, it’s down to 3g speeds. Each month when our data resets, we don’t even get to enjoy this momentary bit of speed. Our connected devices gobble up that data before we even wake up. Once a month I wake up to texts that say “Congrats, its a new month. You have 15gig of LTE Speed” followed by “Your 15gig of LTE speed has been used. You will have 3g speeds until the billing cycle resets in 30 days”.

I’d love LTE speeds for our Jetpack. However, the 3g speeds are enough to allow our other devices to function. It is incredibly slow, but at least it works.

What about free WiFi?

Many RVers take advantage of free WiFi at businesses, libraries, or RV parks. There are WiFi boosting antennas that even allow you to connect to networks over a mile away.

For us, 90% of our camping has been miles away from civilization and businesses who might offer free WiFi. At some point, we may look into this option further, but so far it doesn’t seem like it’d be much help for us.

Our internet feels nothing like the high-speed residential WiFi networks we were used to. It’s nowhere near as fast, or reliable. Many of our devices feel like crippled versions of themselves (goodbye Xbox live, goodbye Netflix streaming on Apple TV). 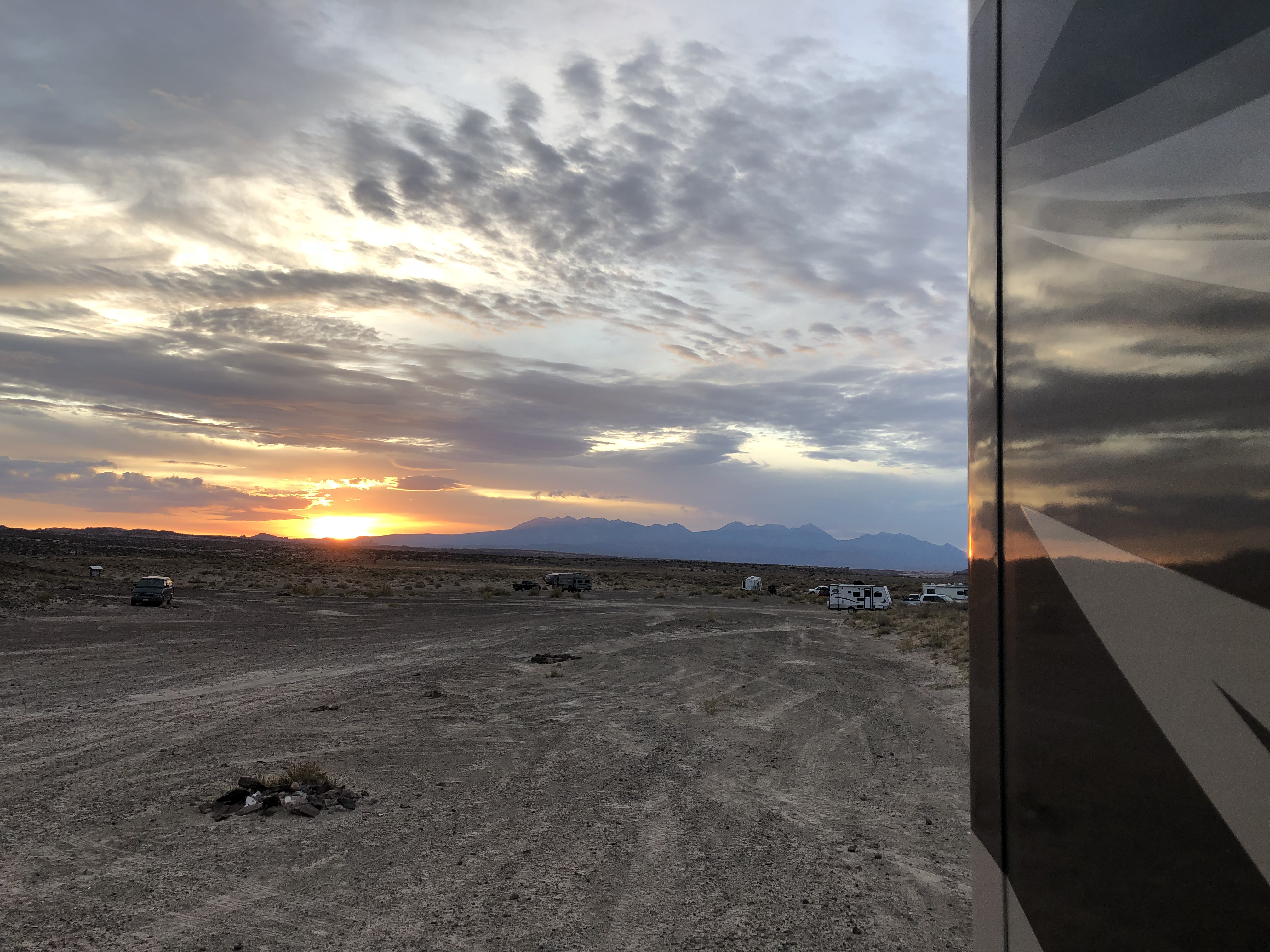 That being said, we wake up most mornings in places like this (this photo is a view from my bedroom window). We stay out in the middle of nowhere, and we’re able to communicate with the world. We are able to do all of our work. We can still watch Youtube and Netflix (on our iPhones and iPads). We haven’t had to sacrifice much (from an internet perspective) to make this lifestyle work.