Why the Charlotte Hornets are called the Hornets

I’m going to start making shorter posts about random, interesting things that I learn. First up, the Hornets. I’d always assumed the NBA team based in Charlotte was just given a random mascot. After all, they didn’t always have the Hornet name, it was temporarily the Bobcats.

While waiting for a shuttle at the Charlotte airport, I read a plaque that described a series of events during the Revolutionary war. Charlotte was a headquarters for the British army, and the Revolutionists were constantly harassing them, proving to be quite a nuisance. One commander wrote that Charlotte was a “veritable nest of hornets”. The nickname stuck. 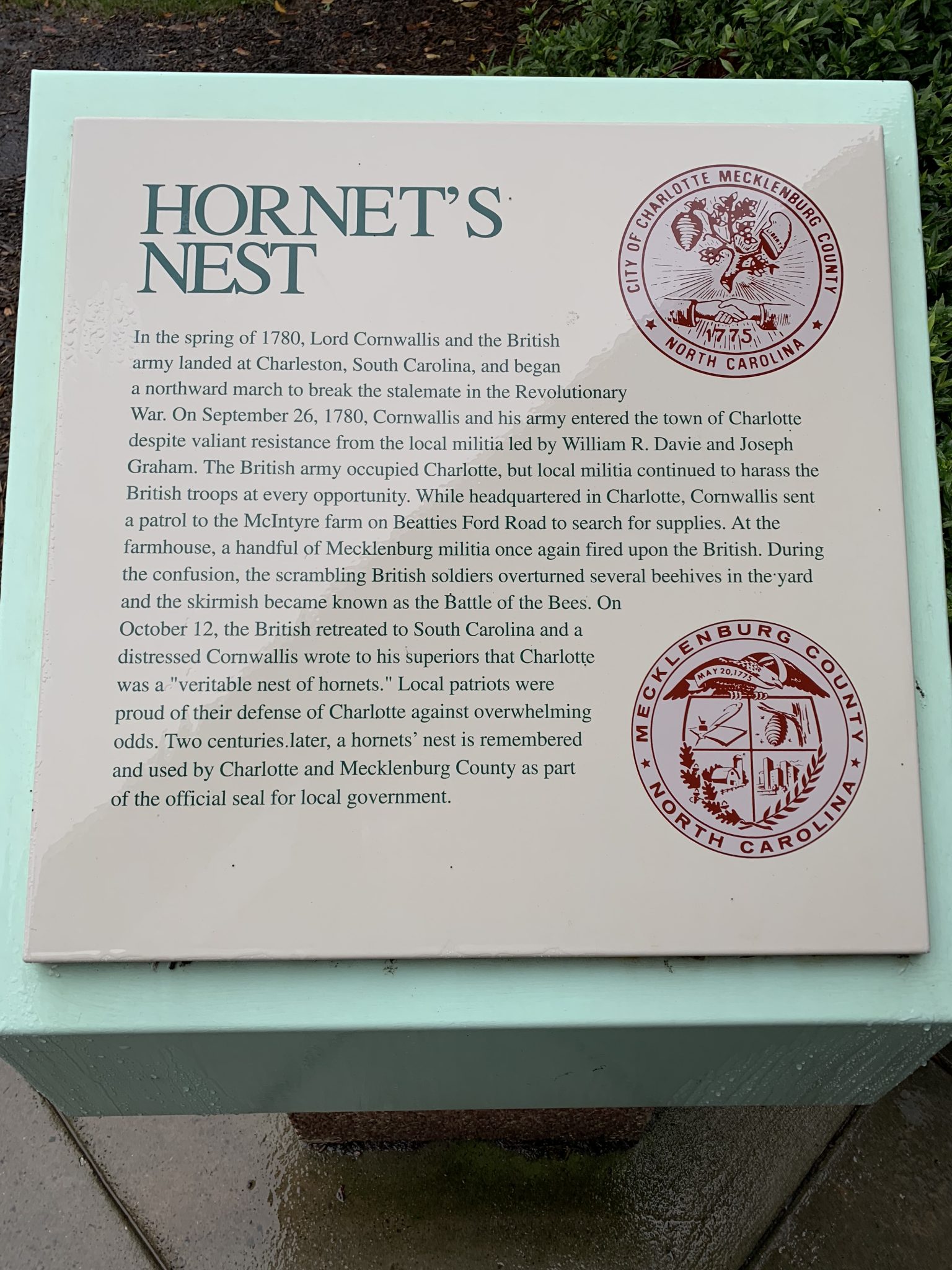 What I once thought was a silly name turned out to have far more significance than I first realized.