Some thoughts on guns and gun culture in America

A little over 2 years ago, my wife and I had a scary incident at one of our investment properties. We decided, given our interest in real estate and the inevitable scenarios that come with it, to purchase a gun. We also got our concealed carry permits.

Over time as we trained with and learned more about guns, we came to enjoy shooting and have developed an appreciation of their defense and recreational purposes. 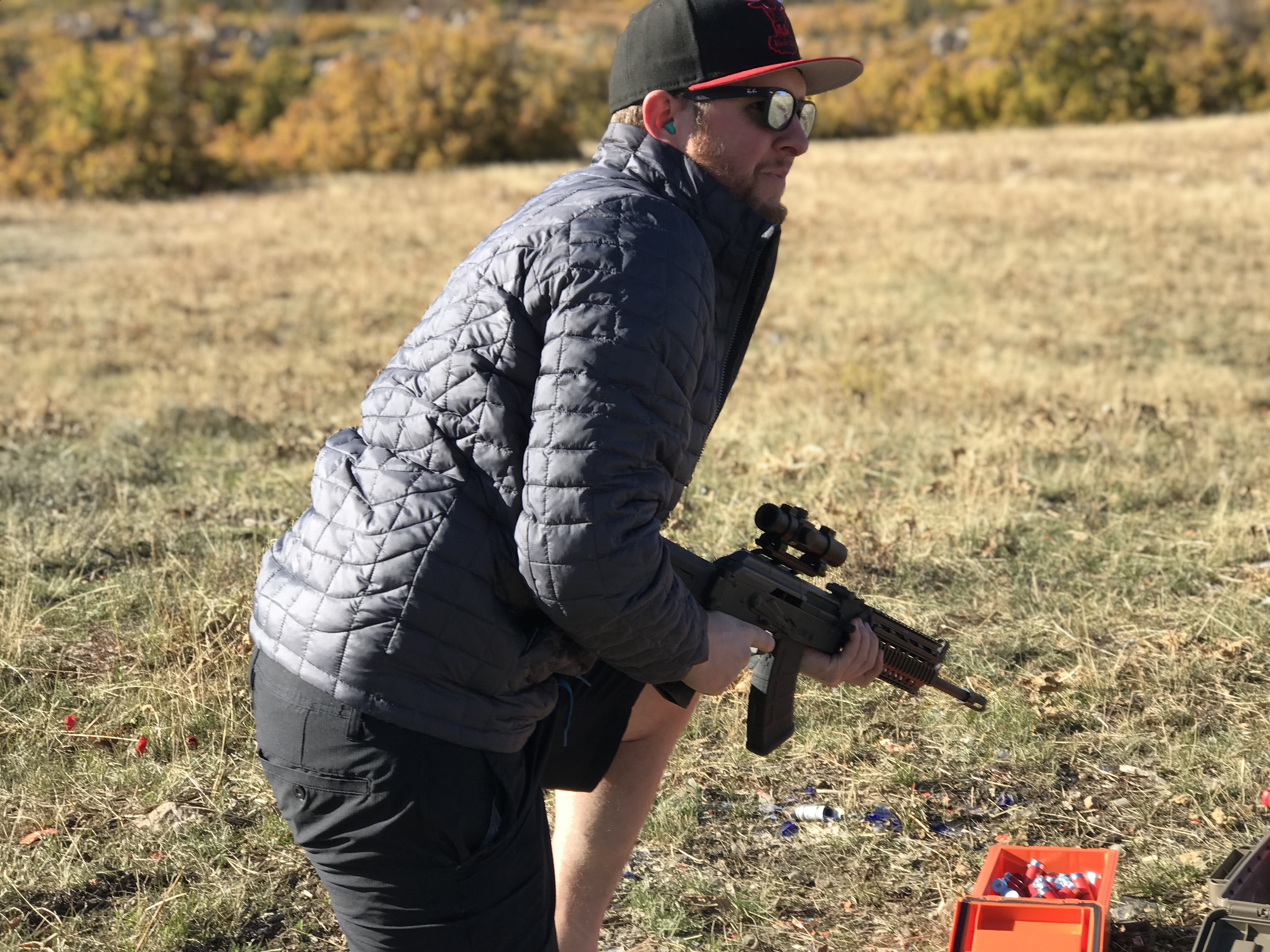 I didn’t grow up with guns and only shot a handful of times, so I’m very new to the world of gun ownership. As a result, the issues around guns have become increasingly interesting and relevant.

My current summarized view on guns

I want to own guns and be able to carry one if I feel I need to. I want to be able to use them recreationally and as a means to protect my home and family. I think it’s important to teach kids about guns safely. I want my son’s first experience with guns to be under my supervision so that I can ensure he’s learning how to correctly handle guns, respect them, and always use them safely.

I also want there to be fewer gun deaths but I have a healthy skepticism of gun laws being able to reduce the number of tragic deaths we deal with in our country. That said, I’m very interested in exploring ways to reduce gun deaths.

In which people litter next to the non littering sign. A metaphor, perhaps, on how well laws eliminate indecent behavior or crimes.

The problems with the gun discussion

As I look at the national discussion around guns and gun control, I feel like there are some issues preventing constructive dialogue.

A thorough study of the existing data about guns, and specifically gun control, is inconclusive. We know people die from guns. That is a fact. But whether tighter laws can reduce gun deaths is unclear (with the exception, perhaps, of suicide deaths). Gun advocates will also claim that guns can actually reduce crime and violence, but that data is also not reliable. It is impossible to draw reliable conclusions either for or against guns from the data that exists.

Gun lobbies have effectively prevented the government from spending money to research gun control. It will be difficult to overcome opinions, whether pro or anti guns, without the assistance of reliable data.

Personally, I’d rather our government make decisions based on conclusive, unbiased data, rather than the political whims of the party in control. I’m in favor of doing gun studies provided they meet the highest standards of unbiased data research.

Increasingly, dialogue over sensitive issues including guns has become so polarized they are no longer grounded in reality, but one-sided rhetoric. Here are some representative statements commonly heard in the gun discussion.

“Guns kill people. We should get rid of all the guns!” Even if the government decided to take all the guns, it is a logistic impossibility. Even today, people own guns illegally, and that will always be the case. Any steps we take to reduce gun deaths will require that we acknowledge guns will continue to exist and be owned by both good citizens as well as criminals who, by definition, go around the law. Not only is proposing removal of all guns impractical, but it contributes to the inability for us to have meaningful discussion.

“The Second Amendment is Holy Scripture. Guns don’t kill, people do.” On numerous occasions, I’ve heard gun advocates say that the gun suicides and homicides are the price we pay for liberty. I believe in the principles of the Second Amendment, but I personally feel like it’s irresponsible and heartless to refuse to even explore ways that we could save lives. Many strong gun advocates are Christian, and I personally believe it’s not Christ-like to be so dismissive of people dying needlessly. I think that solutions may exist that don’t require additional laws controlling guns, so it’s frustrating that we can’t even agree that people dying is a problem.

The question I wish we could ask is “How can we reduce gun related suicides, accidents, and homicides without infringing the rights of law abiding citizens to own guns?”

The majority of media attention with guns is on mass shootings. These are unquestionably horrible tragedies, but the amount of attention they get is disproportionate to the number of people who die in them.

Mass shootings account for about 1% of all gun deaths. Suicides, gang violence, and gun accidents all contribute significantly more to the death count. It even appears that the unjustified police killings (the ones ruled as such by the court) account for more deaths each year than mass shootings, although these numbers may not be reliable (again, we lack data good data).

If our true goal is to reduce gun related deaths, I think there are better places to start than mass shootings.

We need to consider more solutions than just gun control

Sometimes gun control is talked about as though it is the desired outcome, rather than a potential solution. We need to refocus on what we’re trying to solve, rather than becoming fixated on a single approach.

I think the outcome we should seek is fewer gun deaths. Suicides, homicides, accidents, gang violence. There are plenty of alternative ways to achieve that.

Why can’t we teach gun safety in schools? Sex education already exists, why not gun safety?

Why couldn’t we also experiment with gun requirements? What would happen if every family was required to have a gun? I know there are cities who have done this and some claim that crime goes down (who knows for sure). It’s worth trying.

To me, exploring solutions outside of traditional “gun control” would be something that gun advocates and opposers alike could get behind.

How could we move forward?

I’m not a politician or lawyer so I’m not equipped to propose legislation or anything like that. But I’d love to see more national leaders propose ideas for how to reduce gun deaths which take into consideration the principles of the Second Ammendment.

I’d love to see respectful, thoughtful discussions between people from all perspectives on guns and gun safety. I’d love to see both sides develop more empathy for others perspectives. We would benefit from a reduction in inflammatory, hateful comments from both sides.

I’d like us to explore solutions to gun deaths that are outside of the traditional definition of “gun control”.

I’d like to see us identify less as opposing groups, and more as a unified nation trying to solve problems that our nation faces together.

I’m not saying we can’t disagree. Quite the opposite, in fact. Thoughtful and respectful disagreement is what our country needs more than ever.

I’m still learning more about guns. I recognize I don’t know everything. Talking through things is a great way to gain insight. I’d love to discuss these issues with anyone willing to respectfully disagree (or agree) with me. Feel free to reach out to tell me I’m wrong, and why. Or let’s go shooting! I’d love to hear it all! 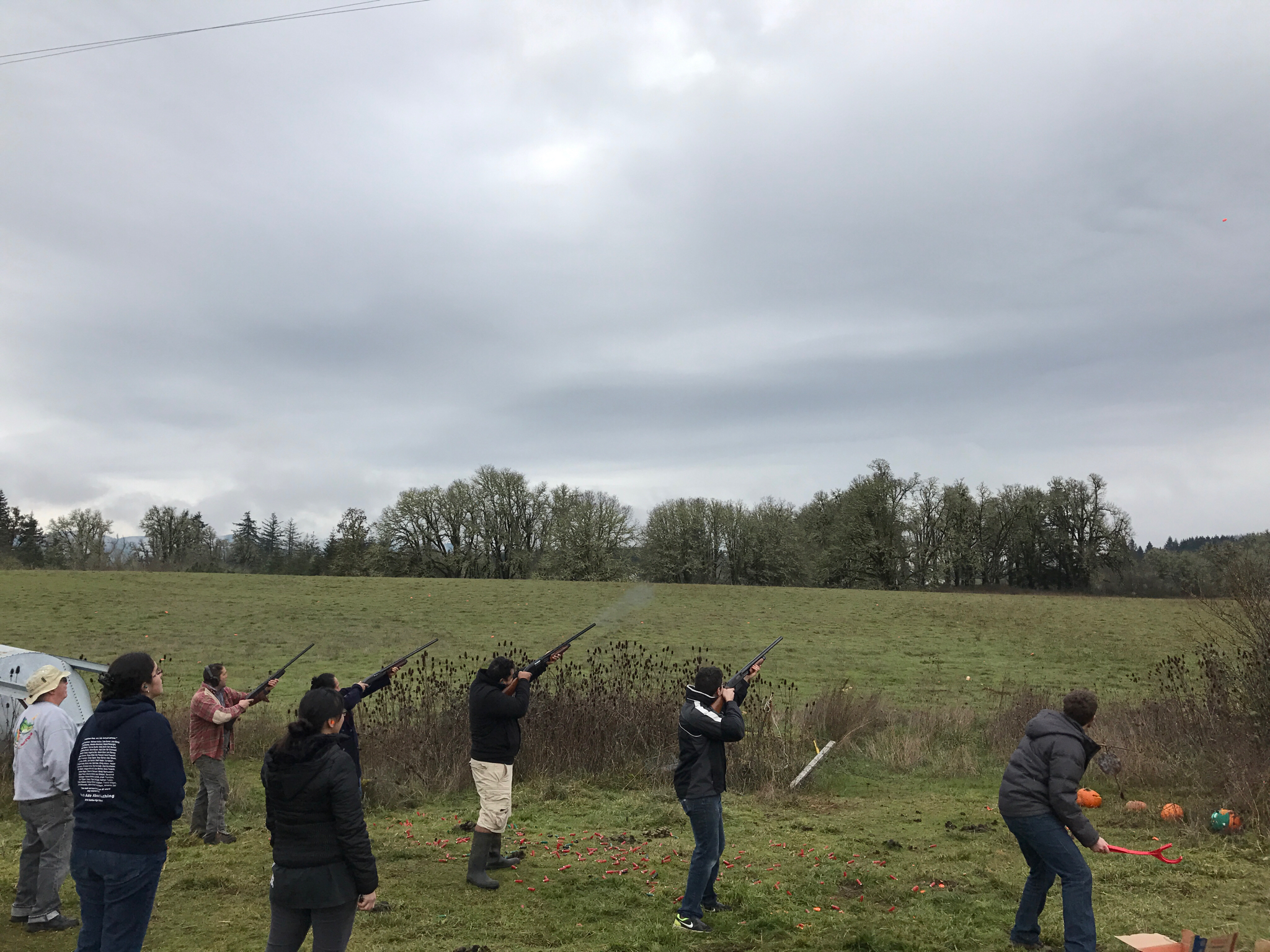